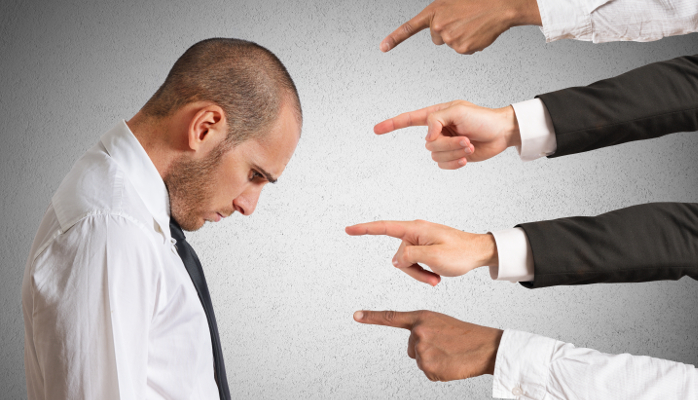 Many people have difficulty forgiving others but it really is a skill you should cultivate. And not for other people. Do it for yourself.

Forgiving is often seen as a gift or favour to the other person rather than to the forgiver themselves but in my opinion this is not the case. If you don’t forgive, you will, in many cases, be causing yourself negative consequences.

If you haven’t forgiven them, you certainly won’t be doing anything to help them to improve and teaching / coaching them. Why should you coach them when you are the wronged party? Well, coaching will help them to not disappoint you again in the future.

Low expectations.
Even without this help they might make good if it wasn’t for another very powerful factor: very expectation of failure. The confirmation bias (the tendency that we all have to see what we expect to see) leads us to look for and so see failure if that is what we expect.

This ‘tendency’ doesn’t sound like a big deal but it really is. Imagine how quickly you would get demotivated if the referee in the sport you played was always biased against you? How about if the Frisbee you were throwing curved to the left? There would be an absolute limit to how far you could throw it because it would just go in a circle.

Big effect.
A small ‘tendency’ can have a big effect over time. The bias to see failure has a considerable effect on the person you have failed to forgive. Each time they make a small improvement, you see a negative. Perhaps they haven’t improved enough. Perhaps they didn’t do everything exactly how you wanted it. This will be communicated is the words you use, your tone of voice and your facial expressions.

The other person will quickly get the message. They will feel that they cannot do anything right. They feel they get no credit for even trying. They quickly stop trying to get it right because nothing they do works. Remember that they are trying not to disappoint you.

Letting go.
Another reason to forgive is selfish too: If you don’t forgive them you are going to be angry and bitter. How long do you want to be angry? The rest of your life? The rest of theirs? Being angry takes a lot of energy. Energy that could be better spent on improving you situation rather than blaming other people.

This bitterness quickly becomes an easy pattern to slip into. You can tell yourself that you were right not to forgive then as they have screwed up again while denying that you had any part in the system.

This brings me to a word of warning: You actually have to forgive them or neither of these problems disappears. It is not enough just to stop publicly harping on about the past failures while still harbouring the bitterness and low expectations. You don’t have to forget but you actually have to let both of these opinions go and properly forgive them.

I am not saying forgiving other is easy. It isn’t. But do it for yourself not just for other people.

Are You (just) a Believer or Do You Think, Too?
Scroll to top